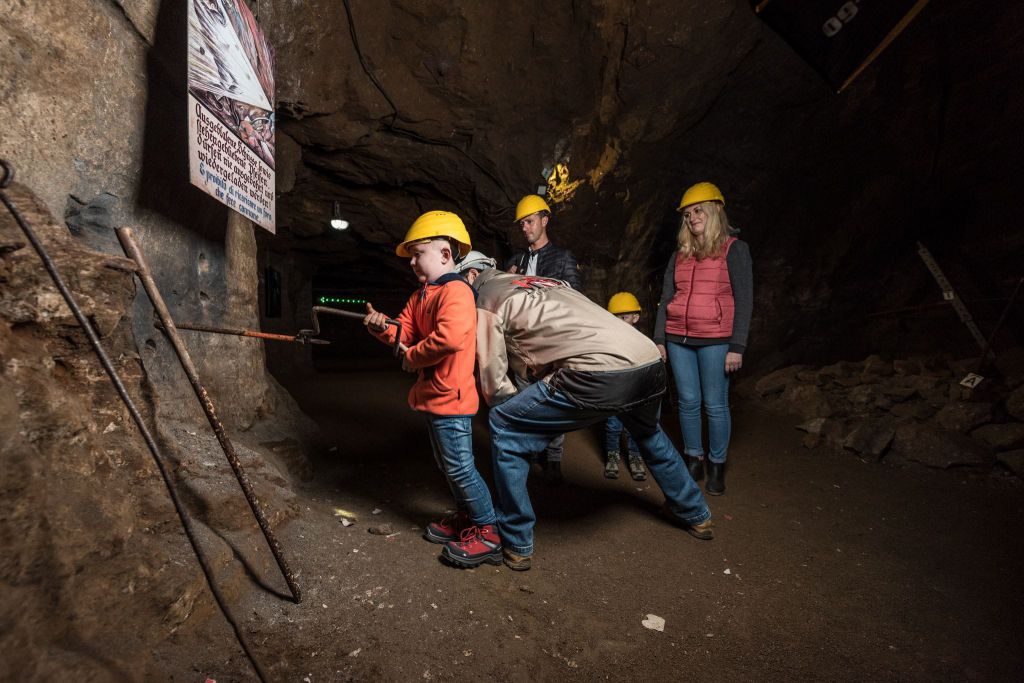 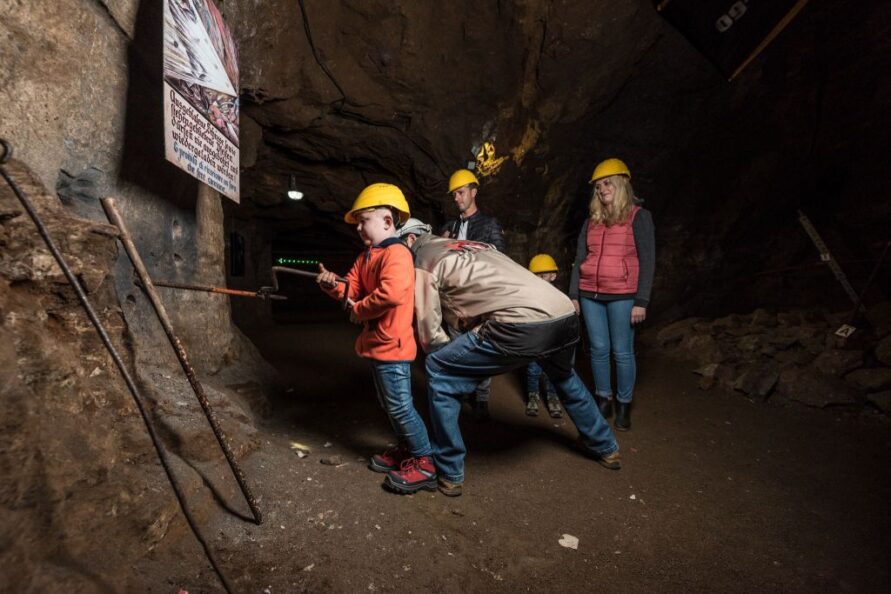 Explore the galleries in the old part of our show mine in the same way the miners of the 19th century experienced it.

An employee will lead you on foot to the galleries of Walert colliery, where you can learn about the miners’ working conditions from 1870 until before the Second World War.

The mining museum is first and foremost a place of remembrance. It is intended to pay tribute to those people who, under the most difficult conditions and sometimes at the risk of their lives, helped to create the wealth of the country.

The mines and ore mining not only form the cornerstone of economic development and the resulting prosperity in Luxembourg, but also characterize an important era of the southern Grand Duchy. In this respect, the Minett, with its miles of galleries and tunnels, is an important cultural heritage that must be preserved.

MNM’s open-cast mines and galleries provide an exceptional insight into our environment. This transformation of nature is one of the most brutal interventions in our environment, in which the reconquest of nature has taken its course.

MNM’s collections of tools and mining machinery vividly illustrate a century of technical evolution, the age of steam and computers. The highly specific topic of mining is one of the few areas that shows technology in the service of man and vice versa.

Mission of the Museum

The idea of the MNM is to illustrate the life of the miners, the mining of iron ore in Luxembourg, as well as the historical development of mining in Luxembourg from 1850 to the 1970s.